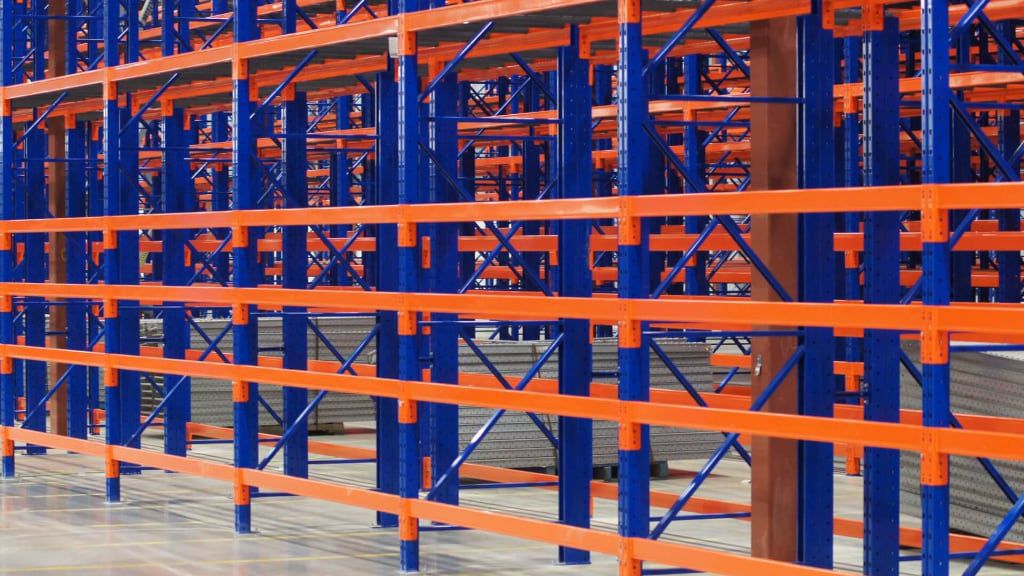 Common components of selective rack include the following:

Very narrow aisle otherwise known as VNA, is the use of selective pallet racking in a tighter configuration to provide maximum space utilization within a storage facility. These systems typically operate in conjunction with wire-guided or rail-guided reach-truck systems. A wire-guided system consists of a wire embedded in the concrete floor that provides tracking for the reach-truck. A rail-guided system consists of angle iron bolted to the floor down the length of each row. Typically, the angle iron is 4” by 3” and ¼” - ⅜” inches thick. A distinct advantage of a narrow aisle pallet racking is fast picking without large aisles which results in improved use of space. When there is limited space, a compact storage method is ideal. Fully adjustable system flexibility and space saving aisles can be manipulated as one to give the greatest amount of pallet storage locations.

Read Next
Certified Pre-Owned Racking
in stock from Rack-King

We are a team of passionate people whose goal is to improve everyone's life through disruptive products. We build great products to solve your business problems.

Our products are designed for small to medium size companies willing to optimize their performance.